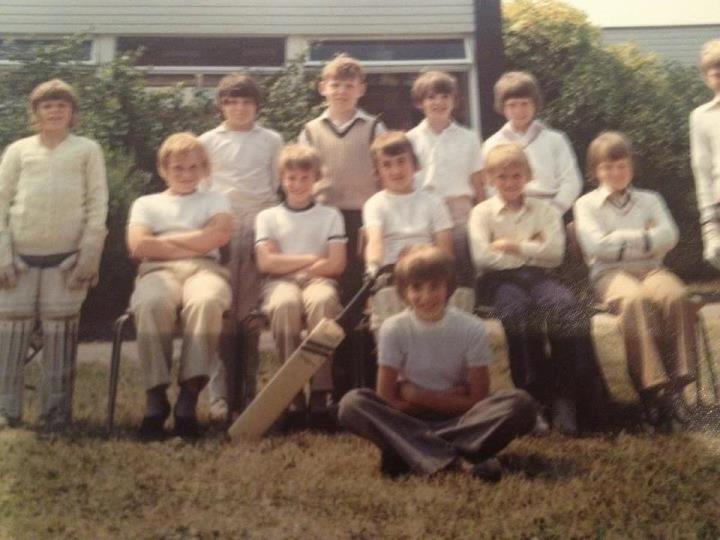 Do you recognise anybody in this photograph ? 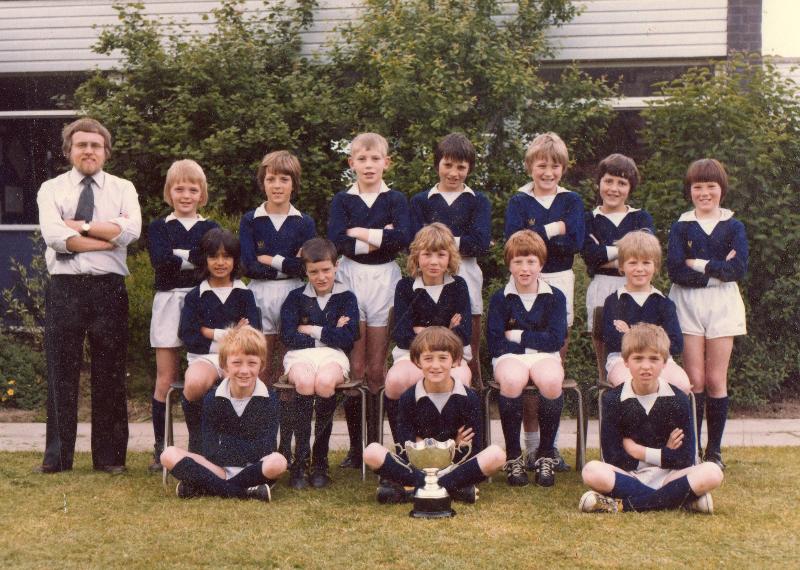 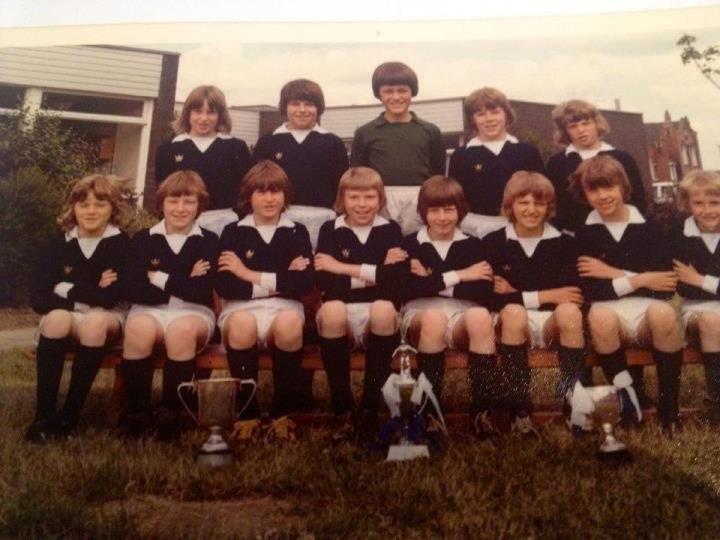 I believe this is a class photograph from 1972. Are you one of the pupils in the photograph? If so, leave a message and get in touch! 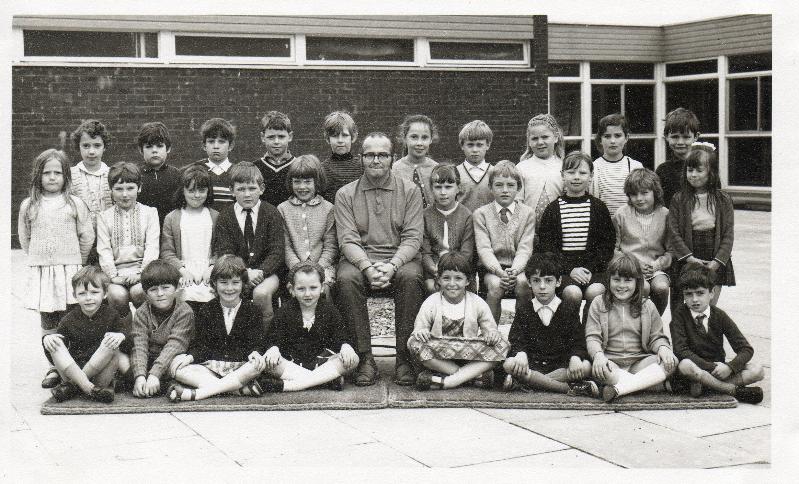 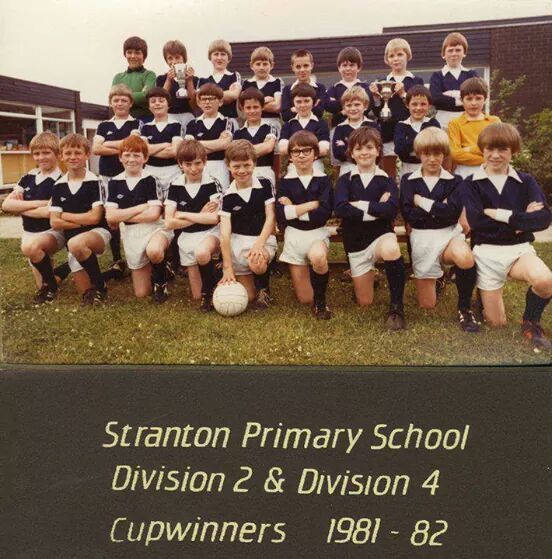 Name: Ian Leslie
Date of attending: 1973-77
Memorable Teachers: Mr Smith and Mr Ord for their love of football and birdwatching. Can also remember Mrs Pattinson, Mrs Greathead, Miss Jacklin who was married and became Mrs Taylor, Miss Ferguson, Mrs Liddle, Mr Pickering and Mr Middleton.
Memorable Events: Trips to Flamingo park, Alnwick castle 1977 and the numerous bird watching trips we went on. Seal sands, Washington wildfowl reserve etc.
Name: Julie Musgrave (was Baker)
Date of attending: 1970-1975
Memorable Teachers: Mrs Robinson, Mrs Taylor, Mr Smith (had a secret crush), Miss Liddle (loved her smile), Mrs Appleby (headmistress)
Memorable Events: Singing in the choir on television. I have never seen it and on my to do list to track it down so I am able to watch it. Going to the London trip. Never being picked for Carlton camp. Playing netball (being chosen for the A team in the year above) and being inspired to play this sport all through my school years and into my 30's. Playing in the quadrangle. Classes outside on the grass on sunny days. Morning assembly - realising gradually through the years I was moving one step closer to the back of the hall... happy memories. (If anyone can help track down a copy of the TV choir performance I would be so happy to hear from you. I am on facebook as Julie Musgrave.
Name: Iain Taylor
Date of attending: 1972-1977
Memorable Teachers: Mr Smith, Mrs Ferguson, Miss Appleby to name a few.
Memorable Events: Being part of the very first Football Team to win a trophy for the school, it was a 5-a-side Competition played at St Aiden's School. Mr Smith kept on saying we were not going to win the Trophy, however we did and the school made a shelf and wall plaque and put it in the hall for everyone to see (wonder what happened to it!). At dinner time, Mr Smith would have the footballers playing inside in the hall 3-a-side with a big soft green football using upturned benches as goals, rule was one goal winner then on came the next 3 loved every minute. As for the winning team there was a photo taken by the Hartlepool Mail will find it out and post it one day soon. Mr Smith was a fantastic teacher, whatever happened to all the other teachers?
Obviously cannot forget going to Carlton Camp last time I went was with the Hartlepool Choir, I was not in the choir (and to be fair i could not hold a note if it was stapled to my hand), however I only went because there was loads of empty spaces left, so I got the chance to go for the last time, just to see the Grey Lady, who remembers her.
What about playing rounders in the school play ground, I always seemed to be back stop.
Name: Chloe Donkin
Date of attending: 2005-2012
Memorable Teachers: Mr Pritchard, Mr Duxfield, Mrs Adams, Mrs Nottingham, Mr Nottingham, Mr. smith, Mrs. Malcolm, Mrs. Thomas, Miss Robertson, Mrs. Watson
Memorable Events: When we went to London and our room wouldn’t go to sleep, so we got put on the landing and when we went to Carlton and I was crying and really scared for the ghost story night but in the end I laughed all he way through.
Name: Danielle Curry
Date of attending: 2001-2007
Memorable Teachers: Mrs killeen, Miss Brown, Ms Macklam, Mr Nottingham, Miss Craig, Miss Thompson, Mrs Thomas, Miss Taylor (Nicholls), Mrs Watson, Miss Proudlock, Miss Oldroid, Mrs Spoors, Mr Boyd
Memorable Events: When we went to Carlton Camp in Year 6 and there was a few of us in Mr N's group and we slid down the huge muddy bank and then when we were on our way back to the dorms and we end up being chased out of the field by horses (where the old house was), before we had to walk through a field of cows and sheep on the way back. Good times! Then the ghost story night when Mr N told all of the stories and we all got scared! Also when we were in Mrs Killeen's class and we had that day when we made pizza and had a photograph taken... Also when she brought in her lovely daughter Anya towards the holidays and we had a fun day :) Really miss being there.
Name: Danielle Austin
Date of attending: 1996-2005
Memorable Teachers: Ms Macklam, Mr Smith, Mrs Spoors, Mr Nottingham, Mrs Watson, Mrs Craig and Miss Thompson
Memorable Events: Carlton Camp and the Year 6 Leaving Party!